Garena Free Fire has announced a new crossover event that will bring One-Punch Man content into the Garena Free Fire universe. The collaboration unites one of the world’s most popular mobile games with its most powerful hero and offers players from all over the world access to playable in-game content from One-Punch Man.

Previously, some leaks were posted by data miners which suggested that Garena Free Fire is collaborating with the famous anime series One Punch Man. The protagonist of this series and his sidekick were leaked as Free Fire character bundles and emotes.

Free Fire is always surprising its player base with unique collaborations. The biggest and most recent Free Fire collaboration was seen between the battle-royale title and football star Cristiano Ronaldo.

The ‘Operation Chrono’ season is already ongoing with numerous events and with this announcement, players can expect the next season or at least a part of it to be about the Free Fire and One Punch Man collaboration event.

Talking about this crossover, the Free Fire producer at Garena, Harold Teo says, “We’re excited to welcome one of Japan’s most iconic heroes into the Free Fire universe. We’re always looking to create novel, in-game content infused with influences from across the world and believe that our partnership with One-Punch Man will offer our global community of players even more opportunities to battle in style.”

As a result of this collaboration, many One Punch Man themed content will be coming to the game and other updates on this partnership will be released very soon. 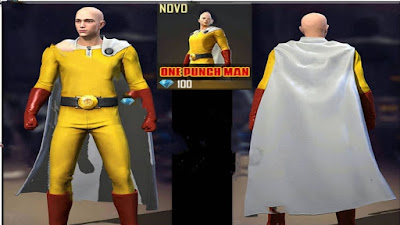 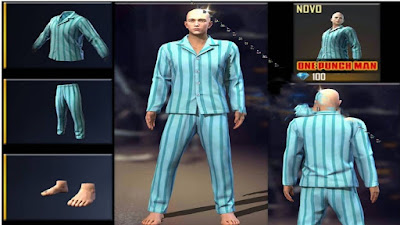 There will be plenty of One-Punch Man-themed content in store for players, so stay tuned for more updates.