What is new in Free Fire OB27 Update And Release Date?

Free Fire release OB26 update on February 4, 2020. These updates brought many changes and additions to the game, such as Vending Machine, UAV-Lite, New Character, Revival Card, New Gun Skin, and much more. The upcoming Free Fire OB27 update will also bring many changes and additions to the game like New Character, New Guns, and other changes. This post will share everything we know about Free Fire’s (FF) OB27 update so far.

Free Fire update OB27 is going to release in April 2021. Normally, Free Fire starts its latest updates on the advanced server and after testing it, the features are released on the global servers. This is followed for many updates and even for the upcoming OB27 update, it might be the same method.

Free Fire new Mystery Shop event in April 2021 available in Brazil server in this event you got up 99% discount on the elite pass and costumes and other items like Rename card, Room card, Weapon royale voucher, Diamond royale voucher, Incubator voucher, and many more items in-game. 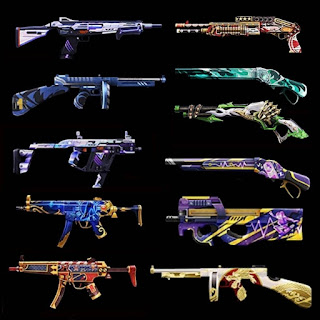 From the previous 1-3 update, we are expecting the release of the Bermuda 2.0 Remastered / Bermuda 2.0 map in the Free Fire game. Recently developers even released it in the game, but it was for few days only. The announcement of the remastered version of Bermuda 2.0 was made just after the OB24 update, but since then, the new Bermuda map could not make its way to the game permanently.

What is the size of the OB27 update?

Once the update is out, the players will be able to download the OB27 update from Play Store and App Store. The size of the update might be around 700 MB to 800 MB. For more, your device needs to have enough space. If you have 1GB of space then you will have a great experience.

All these details are speculated and are not confirmed officially. Once the developers announce the release of the Free Fire OB27 update, we will update you. Stay tuned to us for more and the latest updates.