Garena Free Fire stands among the most successful Android and iOS battle royale game in all aspects, including revenue and downloads. It was the second most downloaded mobile game in the Play Store and Apps Store 2021, with over 500+ million installations.

Every 2 months, Garena FF releases a new big update with many new changes, characters, and pets, new guns, new costume. In the upcoming update, a new pet has been leaked from the Advanced Server of FF. The new pet will be called “AGENT HOP” and his ability Bouncing Bonus abilities in Free Fire. 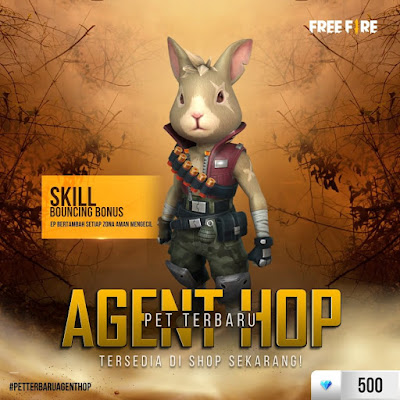 The Free Fire new Agent Hop will come to Free Fire in the OB31 update which is set to be released on November 30. However, the Agent Hop pet might come to the game about 2 weeks later in a top-up event just like many other pets.

Finally thanks for coming.